He joined the PGA Tour in 2011 and has 15 combined professional wins including two on the PGA Tour. His most notable win was the Masters Tournament in 2011 and he also won the Valspar Championship in 2016. Schwartzel finished 7th at the U.S. Open in 2015 and tied for 7th at the 2014 The Open Championship. He tied for 12th place at the PGA Championship in 2011. He has competed in the World Cup, Presidents Cup, and Eisenhower Trophy representing South Africa. He also has 11 wins on the European Tour and nine on the Sunshine Tour. 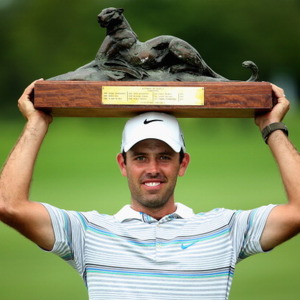