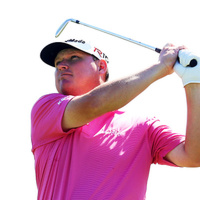 Chad Campbell net worth: Chad Campbell is an American professional golfer who has a net worth of $20 million. Chad Campbell's passion for golf was ignited after playing a few friendly games with his father and his brother, who was a golf coach at Abilene Christian University. Chad was the star member of the men's golf squad at Midland College (1992-1994), where he won several awards. By 1994, he was named the National Junior College Athletic Association (NJCAA) All-American. Campbell proved that he was more than a worthy golfer when he was noted as number one in the final NJCAA national poll. After his time at Midlands College, Campbell received a scholarship and attended the University of Nevada- Las Vegas (UNLV). While at UNLV, the budding golfer earned his keep working in a coffee shop. Campbell became a professional golfer in 1996.

Just before the turn of the century, Campbell won 13 tournaments at the three-tier NGA Hooters tour. In 2001, he was on the second-tier Nationwide Tour (formerly known as the Buy.com Tour), where he won three tournaments –and earned his way to the PGA Tour half way through the season. In 2003 Campbell, arguably, reached the pinnacle of his career – he won the Tour Championship and was the runner-up at the PGA Championship. Many eyebrows were raised at Campbell's performance- he claimed his second PGA Tour win 2004. In the same year, Campbell was in the top ten of the Official World Golf Rankings. 2006 was also a strong year for the golfer, as he won the Bob Hope Chrysler Classic and, for the first time, he topped the money list during the season. The following year, Campbell claimed his fourth PGA win at the 2007 Viking Classic. At the 2009 Masters Tournament, Campbell holds the best starts in such a prestigious tournament.