What is Cameron Smith's Net Worth?

Cameron Smith is an Australian professional golfer who has a net worth of $50 million. Among his achievements, Cameron Smith has won multiple PGA tournaments, including the 2022 Open Championship. Smith also won the 2022 Players Championship, and came in second place in the 2020 Masters Tournament.

Cameron Smith was born on August 18, 1993 in Brisbane, Australia to Sharon, who worked at a local department store, and Des, who was employed as a printer. He has a sister named Mel. Smith began playing golf very early on in his life, hitting the green at Wantima Country Club when he was only two years of age.

Smith turned professional in 2013, playing on the PGA Tour of Australasia. The next year, he played on the Asian Tour, and proved his skill by claiming seven top-10 finishes, including a second-place finish at the CIMB Niaga Indonesian Masters. Following that, Smith played his first PGA Tour event, the CIMB Classic, where he tied for fifth place. In 2015, he tied for second at the Coca-Cola Queensland PGA Championship. Smith also qualified for the US Open, where his top-four finish earned him an invitation to the 2016 Masters. 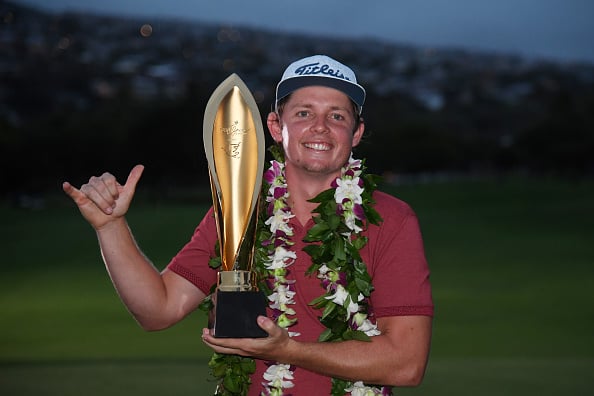 Rising Success on the PGA Tour

In May of 2017, Smith partnered with Jonas Blixt for the first PGA Tour team event since 1981. The pair ended up winning the event, the Zurich Classic of New Orleans, giving Smith his first victory on the PGA Tour. He went on to take top-10 finishes at the Valero Texas Open and the Wyndham Championship. Later in the year, Smith tied for fifth at the CIMB Classic; finished in third at the CJ Cup; and came in fourth at the Emirates Australian Open. He capped off his successful year by winning the Australian PGA Championship. In 2018, Smith defended that title, beating Marc Leishman by two strokes.

Smith played on the Australian international team at the 2019 Presidents Cup, where the United States emerged victorious. He faired better in his singles match there, beating Justin Thomas. Smith went on to have a memorable year in 2020, kicking things off by winning the Sony Open in Hawaii, his first individual PGA Tour win. In November, he came in second behind Dustin Johnson at the Masters. Notably, Smith became the first golfer in the history of that tournament to shoot four rounds in the 60s. His success continued in 2021, as he won the Zurich Classic of New Orleans for the second time, this time with partner Marc Leishman. That summer, Smith played in the men's golf competition at the Summer Olympics in Tokyo, coming in tenth place.

Smith had his greatest professional year yet in 2022. In January, he won the Sentry Tournament of Champions in Hawaii by one stroke over Jon Rahm. Moreover, he set a new PGA Tour record of 34 under par. Next, in March, Smith won the Players Championship by one stroke over Anirban Lahiri, making him the fifth Australian to win that tournament. Smith's biggest victory came in July, when he won the 150th Open Championship at the Grand Old Lady in Scotland. In his final round, he shot 64 to finish one stroke ahead of Cameron Young.

In mid-August 2022, it was reported the Cameron Smith was the latest PGA player to defect to the rival, Saudi-backed, LIV golf league. Cameron reportedly accepted a $100 million payday to jump to the rival league, one of the largest paydays earned by a player leaving the PGA for LIV.

Smith is in a romantic relationship with Shanel Naoum, a chiropractic physician. Previously, he dated fellow golfer Jordan Ontiveros. Smith resides in a $2.4 million mansion in Jacksonville, Florida.