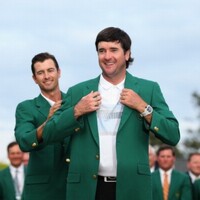 What is Bubba Watson's net worth and salary?

Bubba Watson is an American professional golfer who has a net worth of $40 million. Bubba Watson first gained major international fame after winning the 2012 Masters Tournament in Augusta, Georgia, on Easter Sunday, beating out Louis Oosthuizen and Phil Mickelson. He is a rare left handed pro golfer and currently one of the longest drivers on the tour.

Bubba was born Gerry Watson on November 5th, 1978 in Bagdad, Florida to his father Gerry Sr. and mother Molly Marie Watson. He has a sister, Melinda Watson Conner. He played on the golf team at Milton High School and attended the University of Georgia where, in 2000, he helped the Bulldogs win the Southeastern Conference Championship.

Bubba turned pro in 2003 and went on to earn over $1 million in his rookie year. He has since gone on to earn roughly $24 million in tournament winnings during his career so far.  He began when he joined the Nationwide Tour where he played until 2005. He qualified for the following year's PGA tour and led the tour in driving distance at 319.6 yards. He played well at the 2007 U.S. open and finished in a tie for fifth.

Watson won his first PGA Tour on June 27, 2010, in Cromwell, Connecticut at the Travelers Championship on the second hole of a sudden-death playoff. He was runner-up to Martin Kaymer at the PGA Championship at Whistling Straights. In January 2011, he won his second PGA Tour event.

Watson began 2012 with three top-five finishes in seven events. Later that year, his first major championship came at the Masters, taking him to a world ranking of an astonishing No. 4. He struggled somewhat for the rest of the 2012 season, missing the cut at the Memorial Tournament and the U.S. Open. Watson began 2013 with a 14th place finish at the Arnold Palmer Invitational, and then returned to the Masters as the defending champion. He finished 50th after a final round of 77. 2014's games saw him raised to No. 14 in the Official World Golf Rankings, and his performances at the WGC Match Play Championship and the Cadillac Championship raised his ranking to 12.

On April 13, 2014, Bubba Watson won his second Masters Tournament title by three shots, with a score of 280 (-8). He is the first person since Arnold Palmer to win the Masters twice in his first six starts and the 17th player to win the Masters two or more times. His win again moved Watson up to No. 4 in the Official World Golf Ranking.  The winning payout for the 2014 Masters Tournament was $1.6 million.

Watson achieved his career high for the Official World Golf Ranking at #2 in 2015, with the help of a big win at the Travelers Championship and the Hero World Challenge in the Bahamas. In 2016, prior to the Waste Management Phoenix Open in February, Watson stirred up controversy after publicly admitting he didn't like the course. As a result, he was booed by fans for most of the tournament and thrown off his game. However, just two weeks later he returned to the winner's circle at the Northern Trust Open at Riviera for a second time in three years. 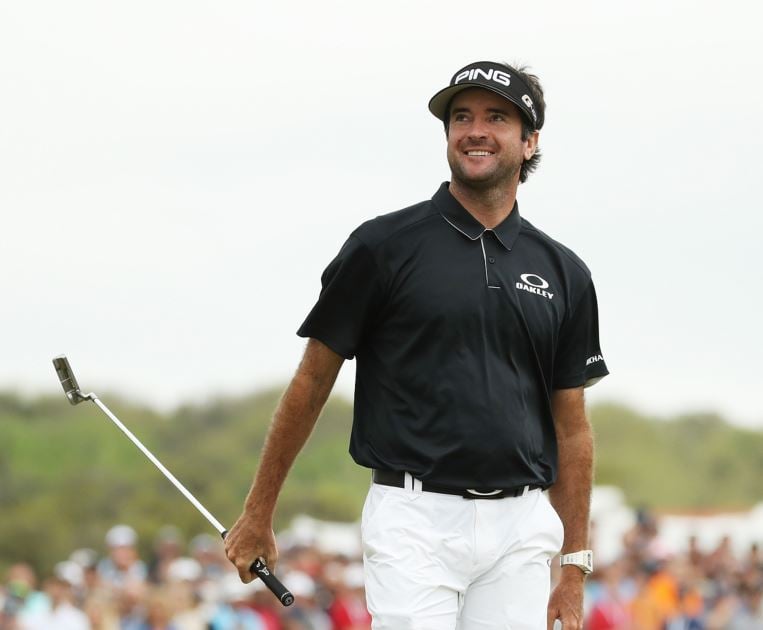 Watson did not win any tournaments in 2017, but he had five top-ten finishes and earned over 1.3 million in tour earnings. He began his 2018 season at the QBE Shootout and a 12-under finish at the Genesis Open in February. His victory at the Genesis made him only the fifth player to win in this long-standing event at least three times, along with Arnold Palmer. In March 2018, he gained his eleventh tour win when he played at the WGC-Dell Match Play event in Austin, Texas, with a winner's share of 1.7 million. In June 2018, Watson won big again to the tune of $1.26 million at the Travelers Championship at TPC River Highlands, marking his third career victory of that tournament. Later that year, he qualified for the U.S. team playing in the 2018 Ryder Cup, however, Europe defeated the U.S. team and Watson lost his singles march against Henrik Stenson.

Off the course, Bubba earns $3-$5 million per year from endorsements. After winning the Masters, Bubba is sure to see his endorsement money and overall net worth skyrocket in the coming years. Today he has endorsements deals with more than a dozen companies including Ping, Oakley, EA Sports and eBay.

In August 2022, Bubba became one of a handful of players who jumped ship from the PGA to the Saudi-backed LIV Golf league. Bubba reportedly accepted a $50 million incentive package to make the change.

In March, 2013, Bubba purchased Tiger Woods' Isleworth, Florida mansion for $2.2 million. This is the same infamous mansion where Tiger crashed his car after fighting with his wife after she discovered his infidelity.

Watson's nickname is derived from the former NFL football player Bubba Smith. His father, who sadly died of throat cancer in October 2010, gave him the moniker when he was a child. Bubba is married to Angela Watson, a Canadian women's basketball player. They were married in September 2004 and adopted a one-month-old baby named Caleb in March 2012. Two years later, they adopted a second child, a daughter named Dakota. Watson is a devout Christian who speaks openly about the importance of his faith. He devotes much of his time and money to various charities, including to Studer Family Children's Hospital in Pensacola, Florida.

Watson is part of a musical group called the Golf Boys, a boy band consisting of himself, Ben Crane, Rickie Fowler, and Hunter Mahan. They have a single up on YouTube, "Oh Oh Oh," produced by Farmers Insurance Group. The group donates $1,000 to charity for every 100,000 views the video gets. In 2011, he made a comedic cameo in the song "Michael Jackson" by Christian artist Andy Mineo. He was featured in the song "Ima Just Do It" by KB.