Her biggest win was at the Women's PGA Championships in 2016. Henderson finished tied for 5th at the 2015 U.S. Women's Open. She was named the Canadian Press Female Athlete of the Year in both 2015 and 2017. Henderson won her first major at the age of 18 at the KPGM Women's PGA Championship. That made her the youngest winner of the event and moved her up to #2 in the world women's golf rankings. She won the Canadian Women's Amateur in 2013 and finished as runner-up at the U.S. Women's Amateur in 2014 and became the #1 ranked woman amateur golfer in the world. As of this writing, Brooke Henderson has earned more than $4 million in tour winnings. That does not include endorsement money. 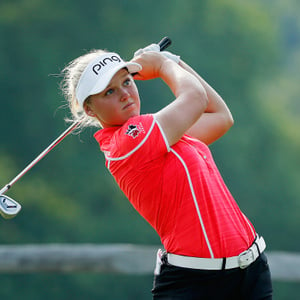