Brad Faxon Net Worth: Brad Faxon is an American professional golfer who has a net worth of $13 million. Brad Faxon was born in Oceanport, New Jersey in August 1961. Brad played golf at Furman University and was a two-time All-American and played on the 1983 Walker Cup team that won for the United States. He won the Haskins Award for being the most outstanding collegiate golfer in the U.S. in 1983. The same year he also received the Golf Magazine and NCAA Coaches Awards for being the nation's best amateur golfer. Brad turned pro in 1983. He has won on the PGA Tour eight times starting in 1991 at the Buick Open. He won the New England Classic and The International in 1992. In 1997 Faxon won the Freeport-McDermott Classic. He won the B.C. Open in both 1999 and 2000. In 2001 he won the Sony Open in Hawaii and in 2005 the Buick Championship. Faxon joined the Champions Tour in 2011 where he won the Insperity Championship. He also won the Liberty Mutual Insurance Legends of Golf in 2013. Faxon finished 5th at the PGA Championship in 1995. He also finished 7th at The Open Championship in 1994 and 9th at the Masters Tournament in 1993. He has also been involved in charitable work and was a golf analyst for NBC. Faxon will be joining Fox as a golf commentator in 2015. 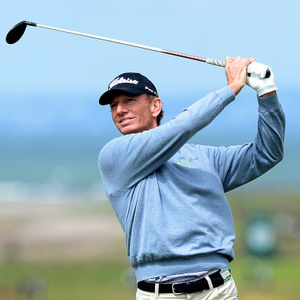