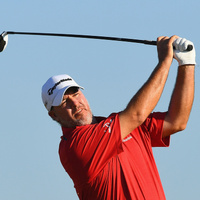 Boo Weekley net worth: Boo Weekley is an American professional golfer who has a net worth of $7 million dollars. Born in Milton, Florida, Boo Weekley, also known as Thomas Brent Weekley, attended Abraham Baldwin Agricultural College, majoring in turfgrass science. He was an unsuccessful student, and left the school after a year. He turned pro in 1997, and spent the next five years on The Developmental Players Tour in Georgia. In 2002, he qualified for the PGA Tour. His first year on the Tour was unsuccessful, and he did not make the cut in 19 of his 24 matches. He was dropped from the tour, and did not qualify again until 2006. However, it was evident very quickly that he had returned to the Tour as a much better player. He won two PGA Tour matches, both at the Verizon Heritage, in 2007 and 2008. To date, his only other win has been the 2010 Wendy's 3-Tour Challenge.