Bobby Jones Net Worth: Bobby Jones was an American golfer and lawyer who had a net worth of $5 million. Bobby Jones was born in Atlanta, Georgia in March 1902 and passed away in December 1971. Jones co-founded the Masters Tournament and founded and helped design the Augusta National Golf CluB.B.obby was an amateur golfer and was the most successful amateur of all time.

He competed against and beat the best professional golfers such as Gene Sarazen and Walter Hagen. In 1930 he won a Grand Slam of all four major golf tournaments (U.S. Open, The Open Championship, U.S. Amateur, and British Amateur). At 28 years old he retired from golf and worked as a lawyer, golf instructor, and equipment designer. In 1933 Jones helped design the Augusta National Golf Club. In 1934 he was a co-founder of the Masters Tournament which became one of golf's four major championships. Bobby played in the Masters from 1934 to 1948. He was inducted into the World Golf Hall of Fame in 1974. Bobby married Clara Malone Jones Black in 1924 and the couple had three children together. Bobby Jones passed away on December 18, 1971 at 69 years old. 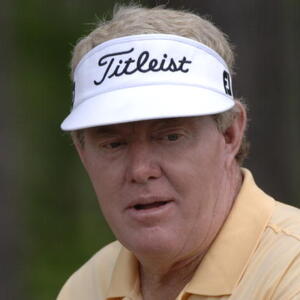