Ben Hogan net worth: Ben Hogan was an American professional golfer who had a net worth equal to $10 million at the time of his death, after adjusting for inflation. Ben Hogan was born in Stephenville, Texas in August 1912 and passed away in July 1997. He was considered to be one of the best golfers in the history of the sport. He had legendary ball-striking ability and was known for influencing golf swing theory. Hogan won nine professional major championship which tied him with Gary Player for fourth behind only Jack Nicklaus, Tiger Woods, and Walter Hagen. Hogan won all four major championships, becoming only one of five players to do so. Those championships were the Masters Tournament, The Open, the U.S. Open, and the PGA Championship. Hogan turned professional in 1930 and retired in 1971, winning 69 PGA Tour events. He won the Masters in 1951 and 1953, the U.S. Open in 1948, 1950, 1951, and 1953, The Open Championship in 1953, and the PGA Championship in 1946 and 1948. He is in the World Golf Hall of Fame and was the PGA Tour leading money winner five times and PGA Player of the Year four times. He also served as a Captain in the U.S. Army Air Forces. Ben Hogan passed away on July 24, 1997 at 84 years old.

Ben Hogan Total Career Golf Earnings: During his career, Ben earned a total of $30,400 which is the same as around $300,000 after adjusting to today's dollars. 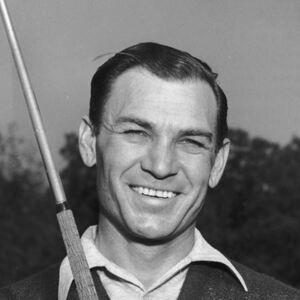