Ben Curtis Net Worth: Ben Curtis is an American professional golfer who has a net worth of $5 million. Ben Curtis was born in Columbus, Ohio in May 1977. Ben's family runs the Mill Creek Golf Club in Ostrander, Ohio. He graduated from Kent State University and was a star on the golf team.

Curtis won the Ohio Amateur in 1999 and 2000 as well as the Player Amateur in 2000. He turned professional in 2000 and played on the Hooters Tour at first. Curtis earned his PGA Tour card and won The Open Championship in 2003. He was also named the PGA Tour Rookie of the Year in 2003. Curtis has won four total PGA events, also winning the Booz Allen Classic in 2006, the 84 Lumber Classic in 2006, and the Valero Texas Open in 2012. Curtis has also represented the United States in international competition and won the Palmer Cup, Eisenhower Trophy, and Ryder Cup. He also finished 2nd at the PGA Championship in 2008. He and his wife Candace started the Ben Curtis Family Foundation in 2013. 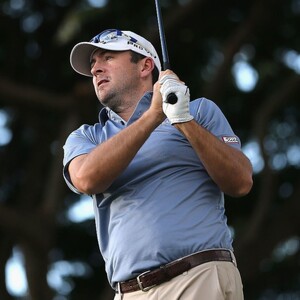