How much is Ben Crenshaw Worth?

Ben Crenshaw net worth: Ben Crenshaw is an American professional golfer who has a net worth of $15 million dollars. Ben Crenshaw was born in Austin, Texas and played golf throughout high school and college. He went on to win three NCAA Championships while he was in college and chose to turn professional just after graduating. He set the bar quite high directly out of the gate by becoming only the second player in Tour history to win their first major event. He has since won 30 professional titles and numerous awards, including the Bob Jones Award, the Old Tom Morris Award, and the Payne Stewart Award. He placed third at the U.S. Open in 1975, second at The Open Championship in 1978 and 1979, second at the PGA Championship in 1979, and won the Masters Tournament in both 1984 and 1995. In addition to playing golf, he also designs golf courses through his company Coore & Crenshaw. 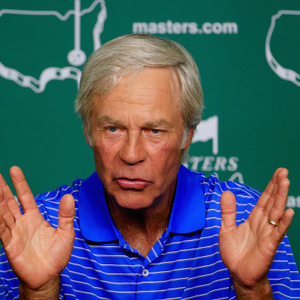