What was Arnold Palmer's Net Worth?

Arnold Palmer was an American professional golfer and entrepreneur who was a net worth of $700 million. He is considered to be one of the greatest golfers of all time. Perhaps more impressively, during his career Arnold earned more than $1.3 billion from endorsements and entrepreneurial ventures (after adjusting for inflation). Among his many wins and championships, he won the PGA Tour 62 times and the Championship Tour ten times. He was inducted into the World Golf Hall of Fame in 1974. Palmer was globally recognized for his achievements as a golfer and being part of "The Big Three" in golf, along with Jack Nicklaus and Gary Player, the three key players who are widely credited with popularizing and commercializing the sport around the world.

Arnold Daniel Palmer was born in Latrobe, Pennsylvania, on September 10, 1929. His father was the head professional and greenskeeper at the Latrobe Country Club, so young Palmer learned how to play golf from him. He attended Wake Forest College on a golf scholarship, but left after his close friend Bud Worsham passed away. Subsequently, Palmer enlisted in the U.S. Coast Guard, serving from 1951 to 1954. After his enlistment term with the Coast Guard ended, he returned to college and competitive golfing.

Palmer made the decision to turn pro after winning the 1954 U.S. Amateur in Detroit. His first tour win was in 1955, during his rookie season; he won the Canadian Open, earning $2,400. His first major championship was at the 1958 Masters Tournament, where he earned $11,250. By 1960, he was signed with the pioneering sports agent Mark McCormack as his first client.

Palmer is often cited as a major factor contributing to the establishment of golf as a popular television event in the 1950s and 1960s. McCormack, his agent, listed the following attributes as what made his particularly marketable: his good looks, relatively modest background, golfing skills, willingness to take risks and show emotions, and his affability.

His stellar performance at the 1960 British Open helped gain him many British and European fans, although he was disappointed with his runner-up finish. His appearance at the British Open also convinced many American golfers that it was worth it to travel to Britain for the event, something few had done. He went on to win the Open Championship in 1961 and 1962; the last time he played it was in 1995. 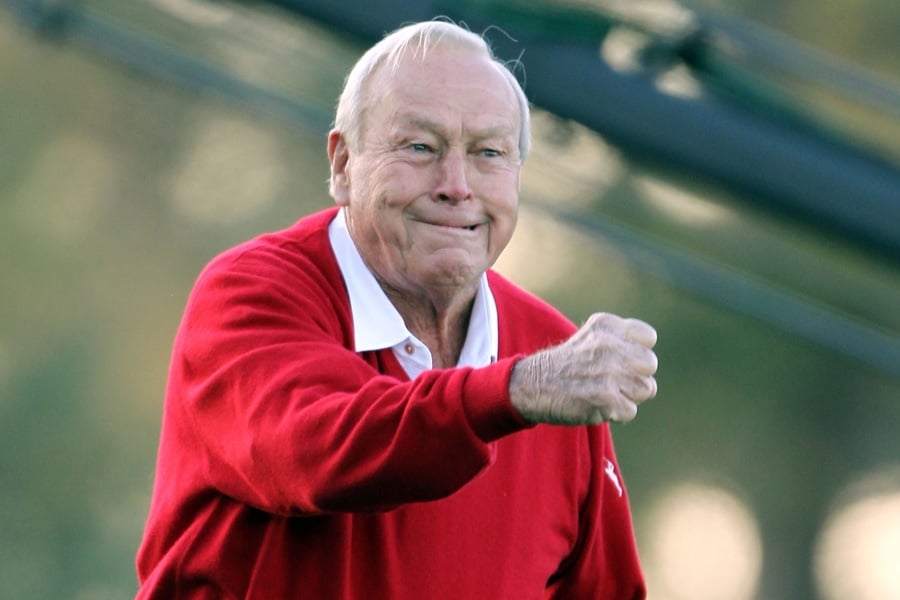 Palmer owned multiple businesses, many of them golf-related. He owned the Bay Hill Club and Lodge in Orlando, Florida, which serves as the venue for the Arnold Palmer Invitational (renamed in 2007, originally the Bay Hill Invitational) on the PGA Tour. He also owned the Latrobe Country Club, which he purchased in 1971, and helped found the sports network The Golf Channel.

He formed the company Palmer Course Design in 1972 with his design partner Ed Seay; it was renamed to the Arnold Palmer Design Company in 2006. As a designer, Palmer worked on more than 300 golf courses in 37 states, 25 countries, and five continents (all excluding African and Antarctica). This includes the first modern golf course in China, built in 1988.

Additionally, Palmer ventured into the car business in 1974 when he purchased a Cadillac dealership in Charlotte, North Carolina, along with his business partners Mark McCormack and Don Massey. He would go on to acquire several other dealerships across multiple states, including a Buick-Cadillac dealership in his hometown, Latrobe, named Arnold Palmer Motors; the Latrobe store closed in 2017 after being in business for 36 years.

Palmer passed away on September 25, 2016, while waiting to receive heart surgery at the University of Pittsburgh Medical Center in Pittsburgh, Pennsylvania.

Palmer was married to Winnie Walzer (1934-1999) for 45 years. They had two daughters together. She passed away in 1999 from complications due to ovarian cancer. Palmer's grandson, Sam Saunders, is also a professional golfer. He attended Clemson University in South Carolina on a golf scholarship, and turn pro in 2008. Palmer married his second wife, Kathleen Gawthrop, in 2005. To conquer his own fear of flying, Palmer pursued his pilot certificate. After nearly 55 years of flying, he logged almost 20,000 hours of flight time in various aircraft. 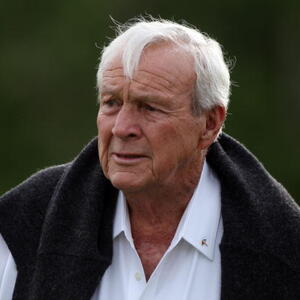