Anthony Kim Net Worth: Anthony Kim is a Korean American professional golfer who has a net worth of $10 million. Born Anthony Ha-Jin Kim on June 19, 1985, in Los Angeles, California, US, he is an up and coming golfer. Sixteen-year-old Kim first got acquainted with ample golf courses and scant urban distractions once he joined the La Quinta High School. He continued his education at the University of Oklahoma for three years, the place where he would meet his caddie, Brodie Flanders. Soon after, he took part of the winning US team in the 2005 Walker Cup. One year later, he turned pro at the age of 20. He went on to earn his PGA Tour card through the qualifying school for the 2007 season. He saw a strong start with four top 10 finishes during his rookie season on the PGA Tour. Since, this right handed golfer has played numerous PGA events and has turned out a winner three times. Actually, he is the fifth player in 30 years to have won three times on the PGA Tour before the age of 25, the other top players being Tiger Woods, Phil Mickelson, Sergio García and Adam Scott. But Kim could not finish the 2010 season due to an injury, which also prevented him from qualifying for the 2010 Ryder Cup. Two years later, Kim underwent a surgery having injured the Achilles tendon in his left leg. Thus, he made a year-long hiatus from the sport. 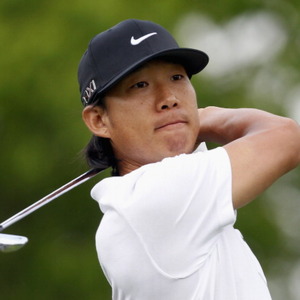