What is Urban Meyer's Net Worth and Salary?

Urban Meyer is a former American college football coach who has a net worth of $35 million. Prior to his coaching career, Meyer was a successful college football player. During the course of his coaching career, Urban led teams like the Bowling Green Falcons, the Utah Utes, the Florida Gators, and the Ohio State Buckeyes. As of 2020, he is still on the Ohio State payroll as an Assistant Athletics Director of Athletics Initiatives and Relations.

Outside of coaching, Meyer has experienced success as a sports analyst for Fox. He also worked for ESPN in the past. He is known for appearing on the show "Big Noon Kickoff." During his college football years, he playing defensive back. His achievements as a coach include winning two BCS National Championship Games and gaining the highest winning percentage out of all active coaches in 2009. In 2014, he led the Buckeyes to their first Big Ten Conference title.

Urban Frank Meyer III was born on July 10th of 1964 in Toledo, Ohio. Raised in Ashtabula, Urban played minor league baseball for two seasons after graduating from high school in 1982. During this period, he played defensive back for the University of Cincinnati while studying for his bachelor's degree in psychology. After graduating in 1986, Meyer earned his master's degree in sports administration in 1988 from Ohio State University.

While studying at university, Meyer spent one season at Saint Xavier High School in 1985 as a defensive back coach, interning under Steve Rasso. After leaving university, he was hired as a graduate assistant coach for the tight ends at Ohio State. This time, he studied under head coach Earle Bruce. Over the next 13 years, Meyer worked as an assistant coach for a number of universities, including Illinois State, Colorado State, and Notre Dame. During this period, he coached many future football stars, including David Givens.

His first head coaching position came in 2011, when Urban accepted an offer from Bowling Green. He immediately made a stunning impact on the team, completely transforming Bowling Green into a winning team. After winning Mid-American Conference coach of the year. Urban spent one more season with the team before departing. While coaching for Bowling Green, he developed a signature coaching style that relied heavily on the performance of quarterbacks like Josh Harris.

In 2003, he accepted the role of head coach at the University of Utah. After his first season, Meyer was named the Mountain West Conference's Coach of the Year and the Utes won the conference championship. During this period, Meyer further refined his unique offensive system, which involved short pass routes, a shotgun formation, and motion in the backfield. During his time in Utah, Meyer won the Fiesta Bowl. He also helped Alex Smith gain attention as a quarterback, and he was considered a first-round pick in the 2005 NFL Draft as a result.

By 2005, both the University of Florida and the University of Notre Dame were desperate to sign Urban as their new head coach. The Gators offered Meyer a $14-million contract, which convinced him to choose the University of Florida. Under his leadership, the Gators performed well on the field, but the players' behavior off the field caused widespread concern and controversy. 31 of his players were arrested, with charges ranging from possession of a concealed weapon and aggravated assault to domestic violence and fraudulent use of credit cards. 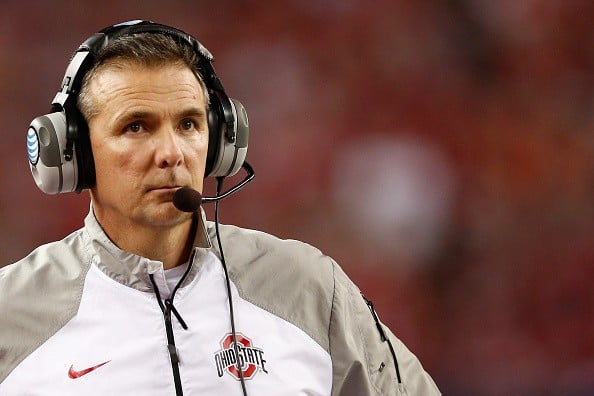 In 2006, the Gators won the SEC Championship Game. In 2007, Meyer led the team to victory at the 2007 BCS National Championship Game. Another BCS Championship came in 2009 before Meyer took a leave of absence due to chest pains. He eventually resigned from coaching after he discovered that he had an arachnoid cyst. However, Urban coached the Gators during their win over the Cincinnati Bears in the Sugar Bowl. When he left the University of Florida, some observers contended that Meyer had created a "toxic atmosphere" in the locker room.

After briefly working as a commentator for ESPN, Urban returned to coaching in 2011 with the Ohio State Buckeyes. His leadership helped the Buckeyes go undefeated in their first season, and in 2014 they won the Big Ten Football Championship Game. He also helped the Buckeyes win the College Football Playoff National Championship. By 2018, Meyer was suspended for three games after his knowledge of Zach Smith's spousal abuse was revealed. Not long afterward, Meyer decided to retire from coaching.

In 2005, Meyer took over as head coach of the University of Florida's football team. He was given a seven-year, $14-million contract to make the move. Urban eventually signed an extension that bumped his annual salary to $3.25 million. In 2009, he signed a six-year, $24-million extension with the University of Florida that made him one of the highest-paid coaches in the world. At the peak of his coaching career, Meyer was earning a salary of $7.6 million per year with the Ohio State Buckeyes. When he retired in 2018, Urban had earned a total of about $40 million during his time at Ohio State.

When Urban Meyer retired from coaching in 2018, it was on the heels of a particularly controversial string of events. During this period, Urban suffered $570,000 in lost wages due to a three-game suspension. He was suspended for not taking a stronger stance against Zach Smith's spousal abuse allegations. An investigation found that Urban had known about Smith's domestic issues prior to the wide receivers coach's firing, but failed to take any disciplinary measures against him.

Ohio State was in a bit of a tough position, as they would have had to pay Meyer an additional $38 million if they chose to fire him. Because he had already served a three-game suspension, Ohio State's decision to fire him would have been seen as "without reason." Fortunately for the university, Urban made life easy for everyone when he decided to retire of his own accord. This meant that both parties ended the agreement without additional payments.

In 2012, it was announced that Urban Meyer had purchased a home in Ohio worth $1.45 million. The seven-bedroom residence features an outdoor pool, and it sits in a gated community close to the seventh green of a local golf course. 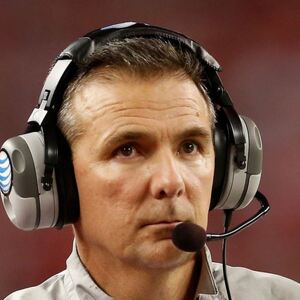