Lue was drafted #23 by the Denver Nuggets in the 1998 NBA Draft. He played for the Los Angeles Lakers, Washington Wizards, Orlando Magic, Atlanta Hawks, Dallas Mavericks, and Milwaukee Bucks and ended his playing career in 2009. Lue was a two time NBA champion with the Lakers in 2000 and 2001. He was an assistant coach for the Boston Celtics from 2009 to 2013 and an assistant for the Los Angeles Clippers from 2013 to 2014. Lue was an associate head coach for the Cavs from 2014 to 2016 and became their head coach in 2016 when he won an NBA championship and was the All-Star Game head coach. His salary as Cavs coach is $7 million per year. 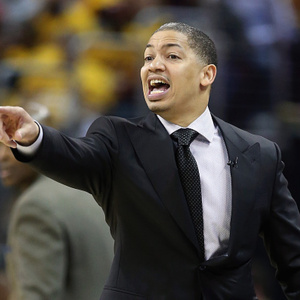