Tony La Russa is an American former Major League Baseball infielder and manager who has a net worth of $30 million. Tony La Russa has earned his net worth as team manager, with the Chicago White Sox, Oakland Athletics and St. Louis Cardinals. He was born on October 4, 1944 in Tampa, Florida and attended Florida State University College of Law where he received a Juris Doctor (J.D.) degree in 1978.

LaRussa was admitted on July 30, 1980 to the Florida Bar. His leadership led his teams to six league championships as well as three World Series titles. He ranks number three just behind Connie Mack and John McGraw for most all-time major leagues wins by a manager. He is married to Elaine his second wife, the couple has two daughters and Tony has to older daughters from his first marriage the family currently lives in Alamo, California. Tony and Elaine are the founders of a foundation that saves abandoned and injured animals called the Tony LaRussa's Animal Rescue Foundation. The company is located in Walnut Creek, California and also runs programs that provide visits from cats and dogs to seniors, shut-ins, abused children, and hospital patients. LaRussa started his baseball career as an infielder for the Oakland A's making his major league debut on May 10, 1963. He continued to play professional major league baseball until 1973. 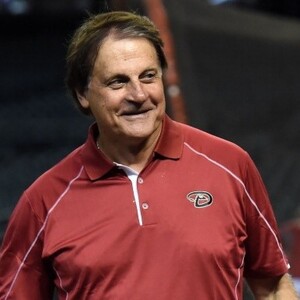