Tommy Tuberville Net Worth: Tommy Tuberville is an American college football coach and politician who has a net worth of $16 million. Tuberville was the head football coach at the University of Mississippi from 1995 to 1998, followed by Auburn University from 1999 to 2008. From 2010 to 2012 he was the head coach of Texas Tech. From 2013 to 2016 he coached from the University of Cincinnati. He was elected to the United States Senate in November 2020, serving Alabama. He began his term in January 2021.

Tuberville was inspired to run for office by his father, a World War II vet and recipient of five Bronze Stars and a Purple Heart. His father instilled in him values such as patriotism, work ethic, and grit. Tuberville has been called the "common sense conservative." He campaigned for lower taxes, gun rights, improving education, immigration reform, healthcare reform, battling against government overreach and fighting for the unborn, in addition to a number of other issues.

Salary/Earnings: Financial disclosures released during his campaign for Senate showed that between 2006 and 2016, Tommy Tuberville earned $23 million. He also earned a $5 million buyout from Auburn.

Early Life and Education: Thomas Hawley Tuberville was born in Camden, Arkansas, on September 18, 1954. He is the youngest of three children born to Charles and Olive Tuberville. He graduated from Harmony Grove High School in Camden in 1972 and went on to attend Southern Arkansas University. He graduated from there in 1976 with a Bachelor of Science in Physical Education.

In 1986, he began work as a graduate assistant at the University of Miami. In 1993, he went on to become the defensive coordinator for the university's football team, the Miami Hurricanes. During his tenure, Tuberville coached future Hall of Fame inductees Ray Lewis and Warren Sapp, as well as Dwayne "The Rock" Johnson. He also helped lead the team to three AP national championships.

In 1994, Tuberville worked as defensive coordinator for Texas A&M University, under the leadership of Coach R.C. Slocum. The team finished the season with a 10-0-1 record.

In 1995, Tuberville became head coach of the University of Mississippi's Ole Miss Rebels. He spent four seasons there and would go on to be named the AP's SEC Coach of the Year in 1997.

In 2008, Coach Tuberville was inducted into the Arkansas Sports Hall of Fame. He also became an ESPN and ESPNU studio analyst that same year.

In 2010, Coach Tuberville became the head football coach of Texas Tech University. In 2012, he became head coach at the University of Cincinnati, winning the American Athletic Conference Championship his second year there.

Tuberville retired in 2016 as one of the top 50 most winning football coaches of all time. He then went on to become a full-time member of the broadcast staff at ESPN. 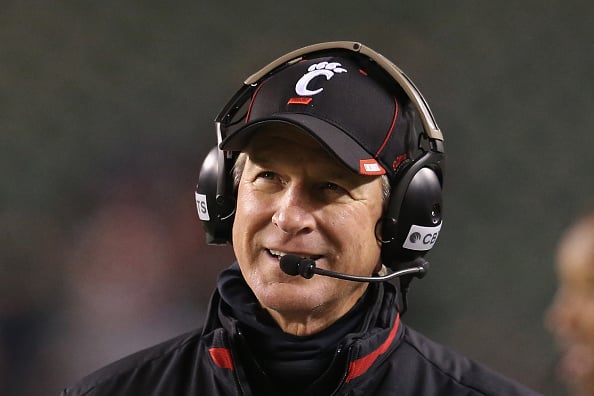 He met Suzanne Fette at the Sugar Bowl in New Orleans in 1989. Two years later they were married. The couple have two sons.

Controversies: In 2009, Tuberville and a business partner started a hedge fund that became the subject of a criminal investigation. His partner pleaded guilty to fraud while Tuberville maintained his innocence. He later settled a lawsuit filed by investors who had lost millions.

In 2014, Tuberville's financial dealings were once again put under a microscope, as the foundation he started — the Tommy Tuberville Foundation — was criticized for giving only a small portion of its money to charity while spending tens of thousands of dollars to stage annual golf tournaments.

In 2020, Tuberville faced criticism over his inexperience in politics and his possible inability to be successful as a senator. He largely avoided campaigning, dodging debates and interviews. And, of the interviews he did participate in, he managed to botch several historical facts, including calling the three branches of government the House, the Senate, and the executive (they're actually the legislative, executive and judicial branches); misidentifying what America fought against in World War II (he stated that WWII was about freeing Europe of socialism when in fact WWII was a global fight against fascism); and inaccurately stating that former Vice President Al Gore was president-elect for 30 days during the legal battle over a recount in Florida, despite the fact that neither Gore nor Republican nominee George W. Bush were considered the president-elect during the legal process. Tuberville also asserted in an interview that once in office, he planned to fund-raise for the two Republican senators from Georgia who were facing runoff elections; however, political fundraising out of a federal office building and using official federal resources for campaign purposes is prohibited by Senate ethics rules. 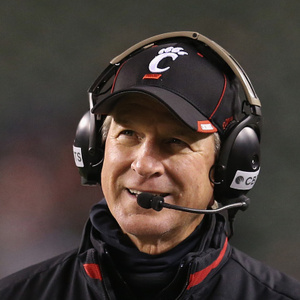