Tom Coughlin net worth and salary: Tom Coughlin's net worth is $16 million dollars and his annual salary as head coach of the NY Giants is $7 million. Born in Waterloo, New York, Tom Coughlin graduated from Syracuse University where he played football and set a record for the most number of touchdowns in a single season.

He began coaching at the collegiate level in the early 70s, beginning at Rochester Institute of Technology, and then moving to Syracuse University, and finally to Boston College. After two seasons with Boston College, he became the wide receivers' coach for the Philadelphia Eagles. He then moved on to the Green Bay Packers, returned to Boston College, and then became head coach for the Jacksonville Jaguars from 1995-2002. His first five seasons with the Jaguars were incredibly successful and they made it to the AFC Championship game twice. However, his later seasons were considerably less spectacular, and he was ultimately let go. He became head coach for the New York Giants in 2004, and has had multiple ups and downs with the team. However, he has managed to lead them to two Super Bowl Championships since he became coach. 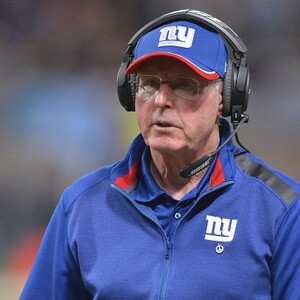