Steve Mariucci Net Worth: Steve Mariucci is an American former football coach who has a net worth of $16 million. Steve Mariucci was born in Iron Mountain, Michigan in November 1955. He played quarterback at Northern Michigan University where he was a three-time All-American and won the NCAA Division II National Football Championship.

Professionally he played for just two weeks for the Hamilton Tiger-Cats in the Canadian Football League. Mariucci started coaching for Northern Michigan as a running backs coach in 1978. From 1980 to 1982 he was a quarterbacks coach at Cal State Fullerton. He then became a wide receivers coach at Louisville from 1983 to 1984. In 1985 he was a WR coach for the Orlando Renegades of the United States Football League. Steve became a WR and special teams coach at USC in 1986 and then took the same position at California from 1987 to 1989. In 1990 he was promoted to Cal's offensive coordinator before making his NFL coaching debut as quarterbacks coach with the Green Bay Packers from 1992 to 1995 where he coached Brett Favre. In 1996 he went back to California for his first head coaching position. Mariucci became the San Francisco 49ers head coach in 1997 where he led the 49ers to the NFC Championship Game and a record of 13-3. He coached San Francisco through the 2002 season and finished with 57 wins and 39 losses and making the playoffs in four of his six seasons. Mariucci became head coach of the Detroit Lions in 2003 and coached for three seasons before he was fired with a 15 and 28 record. He signed a five year $25 million deal with the Lions. After coaching he has worked as an analyst for the NFL Network. 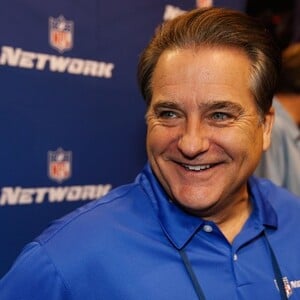