Steve Davis also became the first player to become a millionaire from playing professional snooker. Davis has won three Masters and six UK Championship snooker titles. Steve Davis holds nearly every award and achievement available in his sport. He is the first snooker player to complete the game's Triple Crown in a single season. He is a four time World Doubles champions and also won the World Team Cup four times representing England. Steve Davis hasn't won a major tournament since the 1997 Masters, though he continues to play professionally. At the 2010 World Championships he made it to the quarter finals and he won the World Seniors Championship in 2013. Steve Davis has written several books, including one on surrealist poetry. He has also competed in pool and poker events. In 2001 he was made an OBE (Order of the British Empire). Currently Steve Davis is a television analyst with the BBC for professional snooker coverage on the network. 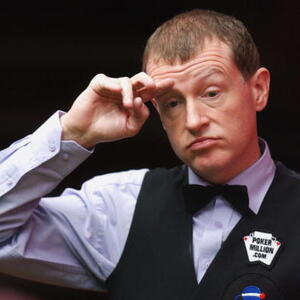