Sean Payton net worth and salary: Sean Payton is an American football coach who has a net worth of $24 million. As of this writing, Sean Payton has an annual salary of $8 million. Payton has been the head coach of the New Orleans Saints since 2006.

Sean was born on December 29, 1963 in born San Mateo, California. He grew up in Naperville, Illinois. In high school he was quarterback for Naperville Central High Schoo. He then played at Eastern Illinois University. Payton played professional football in 1987 and 1988 but never made it to an NFL team. His first football coaching position was at San Diego State University as an offensive assistant. Payton has held several assistant coaching positions in both NFL and collegiate teams. He was the quarterback coach for the Dallas Cowboys from 2003 until 2005. Payton has been head coach for New Orleans Saints since 2006. Due to his involvement in the New Orleans Saints bounty scandal Payton was suspended for the entire 2012 NFL season on March 21, 2012. The scandal involved money that was offered to players who caused injuries that would take targeted players on opponent teams out of games.

Payton was married to Beth Shuey until 2012. They have two children. Their daughter Meghan who was born in 1996 and their son Connor was born in 1999. 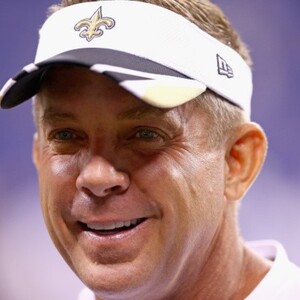