What is Sean McVay's net worth and salary?

Sean McVay is an American football coach who has a net worth of $40 million. His annual salary is $15 million. Sean McVay was born in Dayton, Ohio in January 1986. His grandfather John McVay was the general manager for the San Francisco 49ers. Sean McVay played high school football and also played for Miami University.

From 2011 to 2013 he was the tight ends coach for the Redskins. McVay was the offensive coordinator for the Washington Redskins from 2014 to 2016. He became the head coach of the Los Angeles Rams in 2017. McVay was named the AP NFL Coach of the Year in 2017. He has coached under head coaches Jon Gruden, Mike Shanahan, and Jay Gruden. In 2022 McVay and Rams won the Super Bowl. 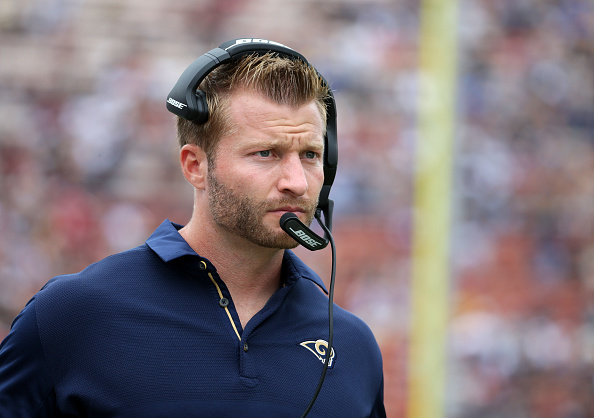 Prior to being hired as head coach of the Rams, McVay was earning around $400 thousand as an offensive coordinator for the Redskins. When he was hired by the Rams as head coach in 2017, he signed a 5-year contract that pays $2 million per year.

In January 2019, as the Rams powered through the NFC Championship series, the Rams reportedly tried to lock McVay up with a lucrative contract extension. At $2 million per year, McVay was at that time one of the lowest-paid head coaches in the league. For comparison, the league's two highest-paid coaches, Pete Carroll and Sean Payton, were making $8 million per year in salary.

In March 2022, around the time his Rams salary was nearly doubled, Sean had been considering an from Amazon to leave the NFL and become a television analyst. He was reportedly offered a $100 million multi-year contract to jump over to Amazon.

When he moved to Los Angeles, Sean bought a $2.7 million mansion in Encino, California.

In April 2022 Sean paid $14 million for a mansion in Hidden Hills, California.

Sean has famously been dating a Ukrainian model named Veronika Khomyn. They met when she was a student at George Mason University and he was coach for the Washington Redskins. They became engaged in 2019. 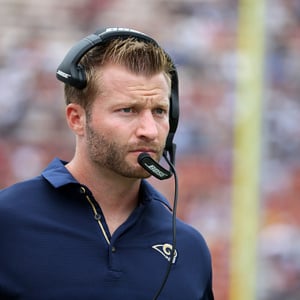