Sean Foley Net Worth: Sean Foley is a Canadian golf instructor who has a net worth of $4 million. Sean Foley has coached the likes of Sean O'Hair, Hunter Mahan, Stephen Ames and Parker McLachlin, as well as other PGA Tour professionals. He has also coached Justin Rose since the end of 2009 and coaches Canadian PGA Tour player Chris Baryla. Foley began a partnership with Tiger Woods during the summer of 2010. He also became Noh Seung-yul's instructor in 2012, and Lee Westwood began working with Foley in the summer of 2013. Foley is known for claiming a scientific approach to the golf swing whereby he recommends setting up with about 55% of the body weight on the left side (for right-handed golfers) and keeping it left during the whole swing until contact with the ball, when close to 80% of the weight should be on the left foot. This is the same setup and weight shift instructors Mike Bennett and Andy Plummer prescribe. Foley acknowledges the resemblance of their coaching style(s) and reportedly says the similarity is due to all of them studying the swings of old players who kept centered over the ball during the entire swing. Foley has been the head coach for the Canadian Junior Golf Association since 2003 and teaches at Core Golf Junior Academy at Orange County National, Winter Garden, Florida. He graduated with an Arts degree from Tennessee State University, where he played on the varsity golf team. Foley did not aim for a professional golf playing career, but had set a goal in his mid-teens of becoming an instructor to top players, after watching David Leadbetter work with Nick Faldo on the range at the RBC Canadian Open at Glen Abbey Golf Course in the early '90s. Foley moved to Orlando, Florida in August 2006. Foley and O'Hair split in May 2011, Foley citing O'Hair's need for a fresh start and a desire to change the direction of his instruction. Foley is represented by agent Chris Armstrong of the Wasserman Media Group. 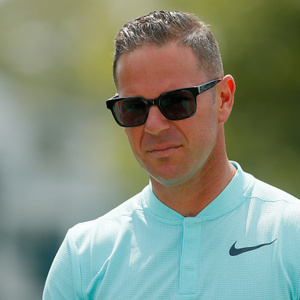