He was a general assistant at Boston College from 2003 to 2004 and at Florida in 2005. Ryan Day was a wide receivers coach at Tempe in 2006 and at Boston College from 2007 to 2011. In 2012 he was the offensive coordinator and wide receivers coach at Boston College. Day was the quarterbacks coach for the NFL's Philadelphia Eagles in 2015 and San Francisco 49ers in 2016. He was the co-offensive coordinator and quarterbacks coach at Ohio State in 2017 and became interim coach in 2018. Ryan Day became the head coach at Ohio State in 2019 with an annual salary of $4.5 million. 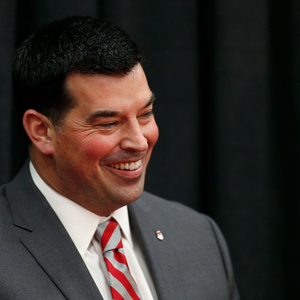