Roy Hodgson net worth and salary: Roy Hodgson is a British professional soccer manager who has a net worth of $26 million. During his carer Roy Hodgson has managed 16 different teams in 8 countries. He served manager of the English National team from 2012 to 2016. Hodgson had great success managing the Swiss national team, and helped them reach a new level of football under his charge.

At their peak while managed by Hodgson, Switzerland was rated the third best international side in the world according to the FIFA World Rankings. Prior to signing on as manager, Switzerland had not qualified for a major international tournament since the 1966 World Cup. Hodgson took the team to the 1994 World Cup where they only lost one game during qualification in a group that included Italy, Portugal and Scotland. The Swiss went on to easily qualify for Euro 1996, and again only lost one game during qualification. After having a place assured in Euro 1996, Hodgson left the team to join the Italian club, Inter Milan, as he had been dong both jobs from October of 1995. In addition to his time with Switzerland, Hodgson also managed the Finland national team, as well as many notable club teams including Inter Milan, Blackburn Rovers, Malmo FF, Grasshoppers, FC Copenhagen, Udinese, Fullham, Liverpool, and West Bromwich Albion. He has served several times as a member of UEFA's technical study group working at both the European Championships and during the 2006 World Cup. Hodgson speaks five languages and has worked as a television pundit in several of the countries where he has coached. Hodgson is married to wife Sheila, and together they have a son Christopher. Although Hodgson played for Berea Park in South Africa's white-only National Football League during the 1970s, he has stated his admiration for Nelson Mandela and coached a World XI team in a charity football event in Mandela's honor. Upon his appointment as the manager of England's national football team he was asked about his time during the apartheid era; he stated that he only played in South Africa to play the game of football, as did his teammates at the club, and not because of a political belief.

In 2017, he was named manager of Crystal Palace. 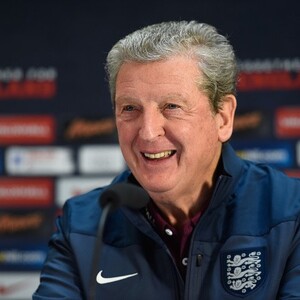