Ron Rivera was born in Fort Ord, California in January 1962. Rivera was an All-American linebacker for the University of California and won a Super Bowl championship playing for the Chicago Bears in 1985 where he played from 1984 to 1992. In 1997 he was hired by the Bears as their defensive quality control coach until 1998. Rivera joined the Philadelphia Eagles as linebackers coach from 1999 to 2003. He worked as defensive coordinator for the Chicago Bears from 2004 to 2006 and then joined the San Diego Chargers where he was linebackers coach in 2007 and defensive coordinator from 2008 to 2010. In 2011 Rivera got his first head coaching job with the Carolina Panthers. He held that role until December 2019. 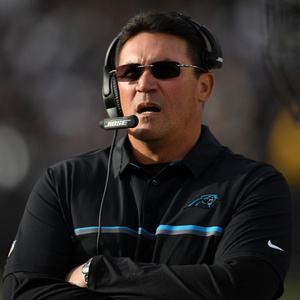