Rick Pitino Net Worth and salary: Rick Pitino is an American basketball coach who has a net worth of $45 million dollars. Rick Pitino was born September 18, 1952 in New York City, New York. He was the head coach at the University of Louisville from 2001 to 2017. He coached the Louisville Cardinals to the 2013 NCAA Men's Division I Basketball Championship. As a college head coach, Pitino has also coached at Boston University, Providence College and the University of Kentucky, leading that franchise to the NCAA championship in 1996. Pitino also coached for the New York Knicks, for two seasons, and the Boston Celtics, for three and a partial fourth, of the NBA. He holds the distinction of being the only men's coach in NCAA history to lead three different schools (Providence, Kentucky, and Louisville) to a Final Four and the only coach in the NCAA to lead two different schools to an NCAA National Championship (Kentucky and Louisville). He also holds the record of being one of only two coaches in NCAA history to lead two different teams to at least three Final Fours each, one of only four coaches ever to take his school to the Final Four in four separate decades. Outside of basketball Pitino has achieved success as an author and a motivational speaker. His election to the Naismith Memorial Basketball Hall of Fame was officially announced on April 8th during the 2013 Final Four. Several of his former players have gone on to become coaches including Billy Donovan, Mark Jackson, and Patrick Ewing.

Louisville firing: On September 27, 2017, Rick Pitino was put on indefinite leave from his coaching job at Louisville in the wake of the school's alleged involvement in an FBI probe into college basketball corruption. If he ends up being fired for cause, he will lost $55 million in future contract compensation. 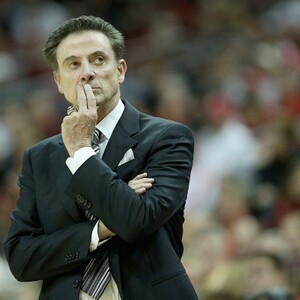