Rick Barnes Net Worth Salary: Rick Barnes is an American collegiate basketball coach who has a net worth of $16 million dollars. Starting in 2019, Rick Barnes earns a salary of $4.7 million per year coaching for the Tennessee Volunteers. Born in 1954 in Hickory, North Carolina, Rick Barnes played college basketball for Lenoir-Rhyne College in his hometown.

He began his coaching career as an assistant at North State Academy after graduating college, and moved to Davidson, George Mason, Alabama, and Ohio State, until landing the head coaching job at George Mason in 1987. Barnes spent one season with George Mason before accepting a position at Providence University, where he stayed until moving to Clemson in 1994. Four years later, Barnes accepted the head coaching job at Texas where he stayed until 2015. Barnes guided the Longhorns to NCAA Tournament appearances for 16 out of his 17 seasons with one Final Four appearance in 2003. Barnes is credited with turning around Texas' basketball program in a state with a huge emphasis on Longhorns' football. He is a four-time Big 12 Coach of the Year winner as of 2014, and has won three Big 12 regular season championships. Texas has won more than 400 games under Barnes and reached the number one ranking, but the Longhorns have never won a postseason conference tournament. He made one TV appearance as a recruiter in NBC's hit series "Friday Night Lights". He was hired to be head coach of the University of Tennessee in 2015. 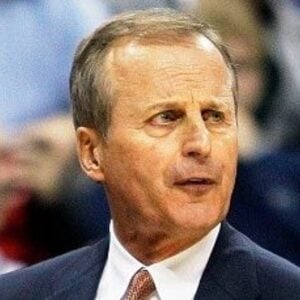