Raymond Domenech Net Worth: Raymond Domenech is a former French football player and football manager who has a net worth of $10 million dollars. Born in 1952 in Lyon, France, Raymond Domenech began his senior career in 1969 with Lyon. He played right and left full back, appearing in 246 games with seven goals for the club over nearly a decade.

In 1977, he moved to Strasbourg, playing in 128 games with four goals, and in 1981, he spent one season with Paris Saint-Germain. Domenech played for two seasons with Bordeaux and one season with Mulhouse before retiring in the mid-'80s. During the '70s, he was part of the French national team with eight appearances for his native country and no goals. After his retirement, Domenech accepted a position as manager of one of his former clubs, working with Mulhouse until 1989 when he switched to managing Lyon until 1993. Following that stint, he headed up a local youth team for more than a decade before he was chosen to manage France's national team in 2004. Domenech managed the team through the 2006 FIFA World Cup, making it all the way to the finals where the squad lost to the Italians in a penalty shootout. Four years later, the 2010 World Cup was disastrous for the French side, which did not make it out of group play with a single win. During the group stage, several French players boycotted practice and later Domenech refused to shake hands with the opposing coach following France's elimination loss to South Africa. Many consider him among the worst football coaches in French history. Following the end of his run with the national team, Domenech spent one season managing a youth team before calling it quits. 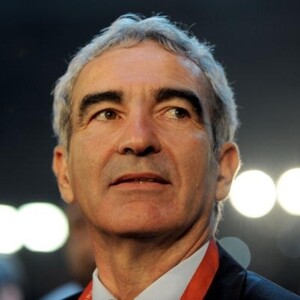