Phil Heath net worth: Phil Heath is an American bodybuilder who has a net worth of $8 million dollars. Phil Heath was born in Seattle, Washington, and first made a name for himself on the basketball court. He was offered a full athletic scholarship to the University of Denver, and went on to double major in Internet Technology and Business Administration, while playing shooting guard for Denver.

He began competing as a bodybuilder in 2002, and by 2005, he had qualified to compete on the IFBB Pro circuit, after winning the NPC USA Championships. Since then, he has placed first at multiple events, including the 2006 Colorado Pro Championships, the 2006 New York Pro Championships, the 2006 BBC Classic, the 2008 IFBB Iron Man, the 2011 and 2012 Sheru Classic, and the 2011, 2012, and 2013 Mr. Olympia contests. He has appeared in multiple magazines, including FLEX Magazine, and has also released a line of bodybuilding DVDs. As of this writing, Phil Heath has won six consecutive Mr. Olympia contests. 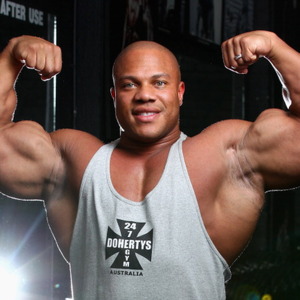