Pat Summitt net worth and salary: Pat Summitt was a women's basketball head coach who had a net worth of $8 million. Pat Summitt was probably most famous for being the head coach of the Tennessee Lady Vols basketball team. She was the all-time winningest coach in the NCAA basketball history for a male or female. During her coaching days for the Tennessee Lady Vols team, Pat Summitt won eight NCAA national championships between 1974 to 2012. Summitt was given the Naismith Basketball Coach of the Century award in April 2000. Pat was born as Patricia Sue Head on June 14, 1952 in Clarksville, Tennessee. She has three older brothers Tommy, Charles and Kenneth. She was married to R. B. Summitt from 1980 until 2007 and they have one son together named Ross Tyler Summitt, born in 1990. Ross is the current assistant coach for the Marquette University women's team. Summitt attended the University of Tennessee at Martin. Pat appeared in the 1976 Summer Olympics as the co-captain of the first United States women's national basketball team where she took home a silver medal. She is the author of two books: "Reach for the Summitt" which is part biography and part motivational, and her book based on the 1997-1998 undefeated and NCAA-championship winning season with the Lady Vols' team titled "Raise the Roof". 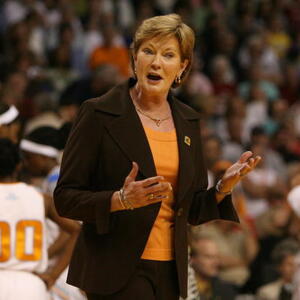