How much is Nik Wallenda Worth?

Nik Wallenda net worth and salary: Nik Wallenda is an American acrobat, aerialist, and daredevil who has a net worth of $4 million. Nik Wallenda was born in Sarasota, Florida and is part of the famed Flying Wallendas family. He is the seventh generation of the Wallenda family to make his name as aerialist, and began performing when he was a child. Nik's great-grandfather Karl died on March 22, 1978 while attempting to walk between two towers in Puerto Rico. Karl was 73 years old at the time. After briefly considering becoming a doctor, Nik ultimately chose to join the family business, and has set multiple records since then. He set the Guinness World Record for longest and highest bike ride in 2010, and another Guinness World Record the following year performing on the Wheel of Death 23 stories up. He also hung from a helicopter, 250 feet off the ground, by his teeth. He published a memoir entitled, "Balance" in 2013. He is the first person to walk across Niagara Falls on a tightrope, and the first person to walk across the Grand Canyon on a high wire. On November 2, 2014, Nik set two world records when he crossed back and forth between skyscrapers in Chicago on a tightrope, once while wearing a blindfold. Nik currently is signed to a 5 year contract with the Discovery Channel that gives them exclusive broadcast rights to his stunts. Nik's stunts make him very difficult to insure. For every stunt, he carries a $20 million public liability policy that covers exposure in the event other people get hurt because of a stunt. 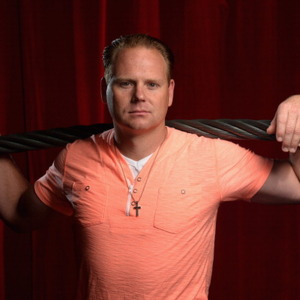