What is Nick Saban's Net Worth and Salary?

In June 2014, Saban signed a contract extension with Alabama to keep him at the school through 2022. The total value of the restructured deal was $55.2 million. The contract also stipulated that even if he gets fired at some point, Alabama will still be on the hook for $23 million. His base salary over those eight seasons averaged $6.9 million, a considerable increase compared to his previous salary of $5.6 million per year.

With bonuses in 2017 he earned a salary of $11.5 million, which made him the highest paid coach in college football. In addition, this salary makes Saban the highest paid public employee in the entire state of Alabama.

Nick's salary is so lucrative that he now rivals coaches in the NFL and NBA in terms of gross earnings.

In August 2022, Nick signed an extension on top of the contract he signed just a year earlier. This extension ballooned his contract to $90 million, at an average annual salary of $11.2 million.

Nick Saban was born on October 31st of 1951 in Fairmont, West Virginia. Raised in the small town of Monongah alongside his sister, Nick eventually attended West Virginia State University. Once there, he played on the championship team. He then attended Kent State University, obtaining his bachelor's degree in business before graduating with a master's degree in sports administration in 1975. While at Kent State, Nick Saban played defensive back for the football team and played under coach Don James.

Nick Saban began his career by acting as assistant coach for Syracuse University, West Virginia University, Ohio State University, the Naval Academy, and Michigan State University. This period helped Saban gain valuable experience, and it lasted from 1977 to 1987. His long term goal was to return to Kent State as their new head coach, but Dick Crum was hired instead.

After a brief stint as assistant coach for the Houston Oilers in the NFL, Saban received an offer to act as head coach for University of Toledo in 1989. The team was instantly transformed with Nick's leadership, losing only two games in the 1990 season.

After just one season at Toledo, Saban resigned so that he could take a position as defensive coordinator for the Cleveland Browns. Although he stayed in this role for the next four years, Nick later regretted his choice and stated it was one of the worst periods of his entire career.

Just before the 1995 season, Saban became the new head coach for Michigan State University. After a rough few seasons, he gradually improved the Spartans, leading them to a strong year in 1999 with only two losses. Following this successful last season at Michigan State, Nick Saban moved to LSU. During his five years coaching the Tigers, he led them to a BCS National Championship.

In 2004, Nick Saban returned to the NFL once again as the new head coach for the Miami Dolphins. The team struggled during the first season, and injuries made the second season even more disappointing. Rumors circulated that Saban was being considered for Alabama State University's head coach position, and it soon became obvious that Nick was returning to college football.

In 2007, Saban officially began his tenure as head coach of the Crimson Tide. He then led the team to a perfect second season with a 12-0 win record. The team then made it to the SEC Championship game, and Nick won a number of Coach of the Year awards. The Crimson Tide finished the season undefeated once again in 2010, and they also won the national championship. Over the next few years, The Crimson Tide developed a reputation for completely routing teams. In 2012 and 2013, they won back-to-back national championships.

Over the next couple years, The Crimson Tide achieved top rankings and amassed a number of additional championship titles. After a somewhat slow start to 2015, the team reached top form once again. In 2017, Saban won his first Sugar Bowl title. In the 2019 season, Alabama was brought down to Earth, suffering more than two defeats for the first time since 2010 and failing to qualify for the College Football Playoffs.

Here's a rundown of what Nick Saban's earnings over the course of his contract: 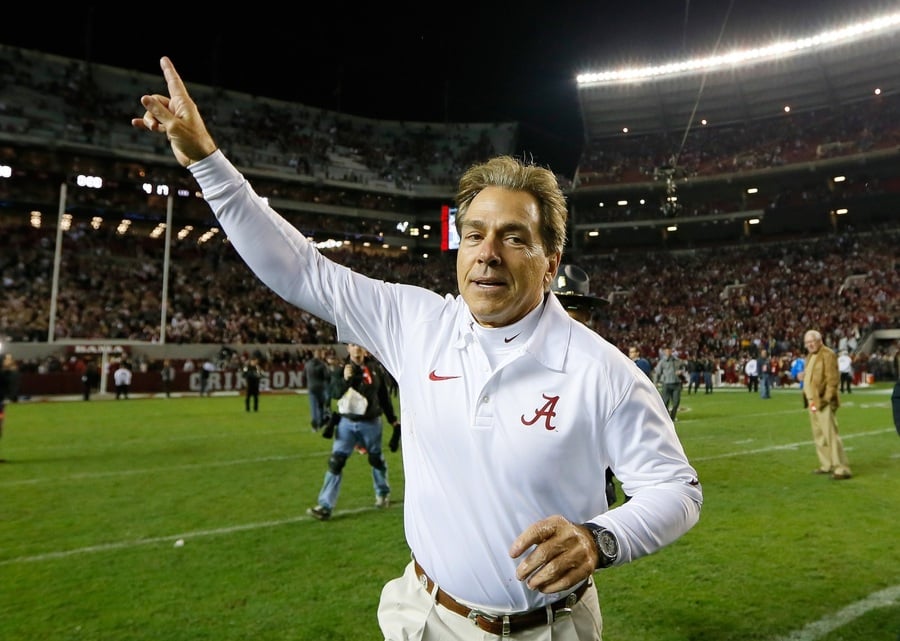 In 2007, Saban and his wife Terry purchased a home in Tuscaloosa for about $2.9 million. In 2013, Saban sold his 8,700-square-foot property to the Crimson Tide Foundation for $3.1 million. This was ostensibly part of Saban's deal with the university, and he continued to live in the property even after he had sold it.

In this way, the Crimson Tide Foundation was able to provide housing for Saban, paying the property taxes and other fees. This is a relatively common practice, as the university also purchased Bear Bryant's house in a similar fashion years earlier.

Nick Burton also has a history of buying real estate on Lake Burton in the North Georgia Mountains. He purchased one property that featured 9,600 square feet of living space and 1.7 acres of land. The property is flanked by forests and sits right on the water, with over 700 feet of lake frontage. In 2013, Saban sold this home through an auction for just under $11 million. After selling this property, he didn't have to move far. At the time of the auction, Nick's family already owned a second home on Lake Burton with a similar value. 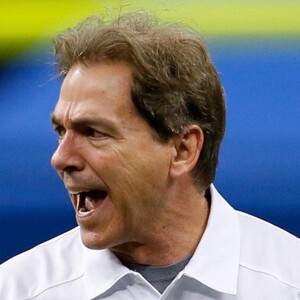