Mike Zimmer Net Worth and Salary: Mike Zimmer is an American professional football coach who has a net worth of $12 million. Mike Zimmer was born in Peoria, Illinois in June 1956. Zimmer was a quarterback and linebacker at Illinois State University before his career being ended due to a neck injury. 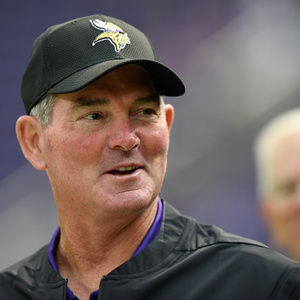