Mike Tomlin net worth and salary: Mike Tomlin is the current head coach of the Pittsburgh Steelers who has a net worth of $16 million and annual salary of $6 million. Mike Tomlin accumulated his net worth as one of the youngest coaches in the history of American sports and he is the first black head coach to lead the Steelers.

Although he wasn't a professional NFL player, Tomlin did participate in the game while in high school, taking the position as a wide receiver/tight end. Tomlin crossed over to coaching in 1995 as a wide receiver coach for Virginia Military Institute. Tomlin caught the attention of Arkansas State University who hired him to coach the defensive backs. He spent two seasons there before moving on as a defensive back coach for University of Cincinnati. By the millennium, Tomlin was an NFL coach, taking on the position of assistant coach for the Tampa Bay Buccaneers. In 2007, Tomlin landed his current role as the head coach for Pittsburgh Steelers. As well as being the first black head coach for the Steelers, Tomlin is the tenth black head coach in NFL history. When the Steelers claimed their victory in Super Bowl XLIII in 2009, Tomlin became the NFL youngest head coach to win a Super Bowl. He was aged 36 at the time of the victory. 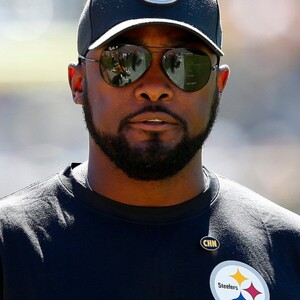