What is Mike Krzyzewski's net worth and salary?

Mike Krzyzewski is an American college basketball coach who has a net worth of $45 million and annual salary of $9.7 million. Krzyzewski is known for bring the Duke Blue Devils' long-time men's basketball coach. On June 2, 2021 Mike confirmed he would retire after the 2020/2021 season. His final home game at Duke was on March 4, 2022.

How Much Does Coach K Make?

Coach K's base salary is $7 million. To be specific, his salary is $7,048,206. With bonuses his annual pay can reach just under $10 million. The only college coach who earned more in 2019 was John Calipari at Kentucky, who made $7.95 million. For context, the President of Duke makes $1.4 million per year.

Mike Krzyzewski was born on February 13th of 1947, in Chicago, Illinois. His parents William and Emily Krzyzewski were catholic, Polish-Americans, and raised Mike as a Catholic. In 1969, Krzyzewski graduated from university at the United States Military Academy at West Point, New York. In his senior year, he was captain of the Army basketball team, playing under renowned coach Bob Knight.

Krzyzewski served in the United States Army from 1969 to 1974, and upon his discharge, had reached the rank of captain. Mike started his coaching career as an assistant on Bob Knight's Indiana Hoosiers staff during the' 74-'75 season. The next year, West Point hired Krzyzewski as head coach of the Army Cadets, where he remained for five seasons.

In 1980, Mike Krzyzewski was named head coach at Duke University. The Blue Devil's soon became a regular competitor in the NCAA tournament, securing 35 berths over the next 39 years and 24 times consecutively from 1996 to 2019. The Blue Devil's streak of tournament appearances is the second-longest in history, behind the Kansas Jayhawks.

On November 15th of 2011, Krzyzewski secured his 903rd Division 1 win, surpassing the record previously held by his former coach Bob Knight. In 2019, Mike won his 1,123rd game and is now the all-time winningest coach at any level in college basketball history, men, or women's. Krzyzewski's college teams have won 15 ACC Championships, been to 12 Final Fours, and won five NCAA tournament National Championships.

Mike Krzyzewski has won five Olympic gold medals, twice as an assistant coach, and three times as the head coach. He has led teams to FIBA World Cup medals on five occasions. Mike has received countless awards and recognitions, including inductions into The Naismith Memorial Basketball Hall of Fame and the United States Olympic Hall of Fame.

Over the years, several NBA teams have approached Krzyzewski to coach; the first was an offer from the historic Boston Celtics in 1990, which he declined. In 2004, Mike refused a request from the Los Angeles Lakers for a five-year head coaching position worth $40 million and shared ownership of the team. He has also turned down contracts from the Minnesota Timberwolves and New Jersey Nets, the latter reported between $12 and $15 million.

At the peak of his career, Krzyzewski earned between $7 and $9 million per year at Duke University. 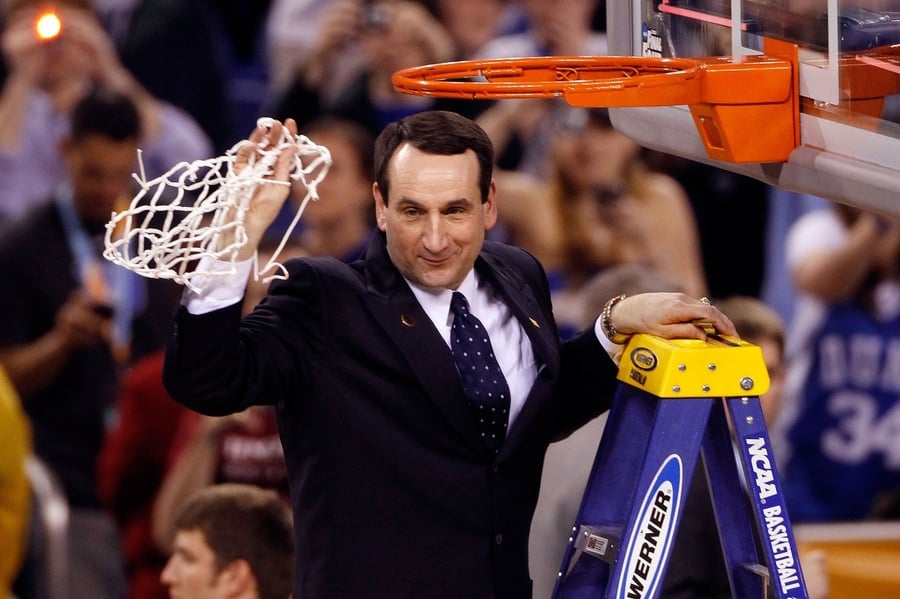 
On the day of his graduation in 1969, Krzyzewski married Carol "Mickie" Marsh, in the Catholic chapel at West Point. The two have three daughters, Jamie, Lindy, and Debbie, and have nine grandchildren. Mike's grandson Michael Savarino played basketball for the Duke Blue Devils.

In 2006, Krzyzewski and his family founded the Emily Krzyzewski Center, a non-profit organization in Durham. The center was named in honor of Mike's mother and sought to motivate students from kindergarten through high school to dream large and reach their potential as community leaders. The Emily K center provides students with out-of-school programming to help them succeed in school and gain college entry, intending to break the cycle of poverty in families.

Krzyzewski and his wife Mickie actively fundraise for and support the Duke Children's Hospital, Children's Miracle Network, and the V Foundation for Cancer Research. They are significant donors to Duke University in helping with numerous programs and scholarships.

Mike Krzyzewski lives in a mansion in Durham, North Carolina. The spectacular 7,638-square-foot mansion, which sits on 11.5-acres, is not far from Duke University's campus. He bought the home in 1997 for $950,000. Today the home is likely worth $2-3 million. 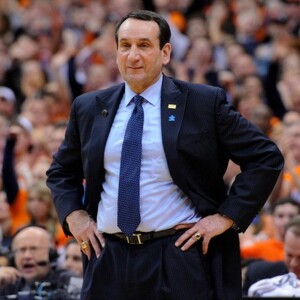