Budenholzer worked as an assistant coach for the NBA's San Antonio Spurs from 1996 to 2013 where he won four NBA Championships. For the first team years in San Antonio he served as the team's video coordinator. He got his first NBA head coaching job in 2013 with the Atlanta Hawks. In his first season the Hawks had a record of 38 – 44. Mike is the youngest of seven children and his father Vince was also a basketball coach. 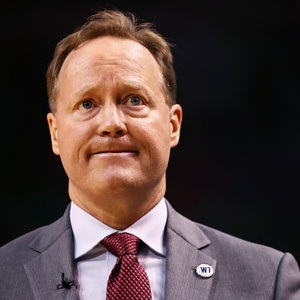