Mike Brown Net Worth: Mike Brown is an American professional basketball coach who has a net worth of $12 million. Born in 1970 in Columbus, Ohio, Mike Brown played college basketball at Mesa Community College and later the University of San Diego, where he earned his degree in business administration.

Brown first started working in the NBA as a video intern with the Denver Nuggets before landing the job of video coordinator and scout. He spent five years working in Colorado before becoming an assistant coach of the San Antonio Spurs under Gregg Popovich. Brown was part of the 2003 NBA Championship coaching staff. He then assisted with the Indiana Pacers before landing his first head-coaching job with the Cleveland Cavaliers in 2005. The Cavs became one of the best teams in the league under Brown, who won 2009 NBA Coach of the Year honors. He was fired in 2010 and began working with ESPN as an analyst before coaching middle school basketball. A year later, Brown became the head coach of the Los Angeles Lakers from 2011 until 2012. In 2013, he returned to the Cavaliers, but was promptly fired after one season. Brown has won one conference championship during his time as a head coach, claiming the top spot in the East in 2007. 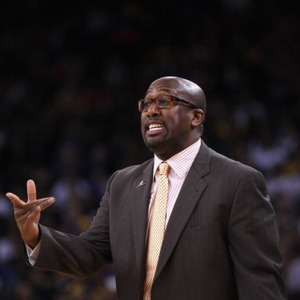