Michael Stoute Net Worth: Michael Stoute is a Barbadian British thoroughbred horse trainer who has a net worth of $20 million. Born Michael Ronald Stoute on 22 October 1945 in Barbados, he was 19 when he left his native island to become an assistant to horse trainer Pat Rohan. Some six years later, in 1972, Stoute started to train horses by himself.

In April the same year, he notched up his first win as a trainer when Sandal, a horse owned by Stoute's father, received gold medal at Newmarket Racecourse in Suffolk, England. He has since chalked up some major victories worldwide, including wins in the Dubai World Cup, the Breeders Cup, the Japan Cup and the Hong Kong Vase. In 1998, he was knighted for his contributions to tourism in Barbados, thus becoming Sir Michael Ronald Stoute. Furthermore, he was the only trainer to win an English Classic in five successive seasons in the 20th century, as well as he has been Champion Trainer ten times. Stoute was the one to train Kribensis, the horse who is the only winner of Triple Crown of Hurdling, a feat completed in the 1989/90 racing season. Whereas Shergar, arguably Stoute's most famous horse, is the horse that won the 1981 Epsom Derby, after which he was stolen. His achievements go further as three horses trained by Stoute took home $1,787,000 of the $2,008,945 prize money in Britain's richest horserace, i.e., at the King George VI and Queen Elizabeth Stakes. Thus, he reclaimed his Champion Trainer title in 2009, as he won a total of £3,372,287 in prize money. Never ceasing to work, he led the Queen's horse Estimate to Gold Cup victory in 2013. Today, Michael Stoute lives and trains horses at the Freemason Lodge Stables in Newmarket, England. 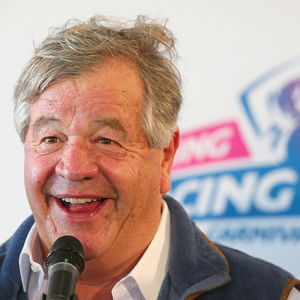