Mike Malone Net Worth and salary: Mike Malone is an American professional basketball coach who has a net worth of $8 million. Mike Malone was born in Queens, New York in 1971. Malone played at Loyola University Maryland as a point guard. He started coaching as an assistant for NCAA division II school Oakland from 1994 to 1995.

Mike was then an assistant for NCAA division I schools Providence from 1995 to 1998 and Manhattan from 1998 to 2001. In 2001 he got his first NBA job as assistant for the New York Knicks until 2005. Male was then an assistant coach for the Cleveland Cavaliers from 2005 to 2010, the New Orleans Hornets from 2010 to 2011, and the Golden State Warriors from 2011 to 2013. Malone got his first NBA head coaching job for the Sacramento Kings in 2013. During his first season as head coach of the Kings the team finished 4th place in Pacific division and failed to make the playoffs. 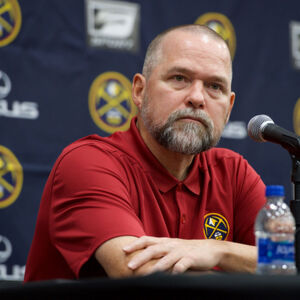