Michael Cooper net worth and salary: Michael Cooper is an American basketball coach and former professional basketball player who has a net worth of $6 million. Michael Cooper was born in Los Angeles, California in April 1956. He was a 6'5″ shooting guard and small forward who played at Pasadena High School.

Cooper played his college basketball for Pasadena Community College and New Mexico where he was a two time first-team All-WAC selection. He was drafted #60 overall by the Los Angeles Lakers in the 1978 NBA Draft. Cooper played for the Lakers from 1978 to 1990 and for Virtus Roma from 1990 to 1991. During his career he was 5 NBA championships. He was the NBA Defensive Player of the Year in 1987 and was a five time NBA All-Defensive first team selection and three time NBA All-Defensive Second Team selection. As a coach he has been an assistant coach for the Los Angeles Lakers, the Denver Nuggets, and the WNBA's Los Angeles Sparks. Cooper was the head coach of the Sparks from 2000 to 2004 and again from 2007 to 2009. He was the interim head coach for the Denver Nuggets in 2004. He coached the USC women's team from 2009 to 2013 and the WNBA's Atlanta Dream from 2014 to 2017. In 2018 he became the coach of the Big3 League team 3's Company. 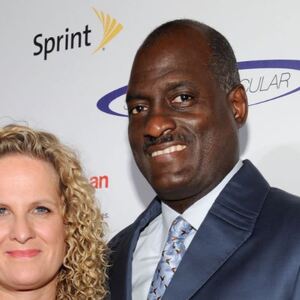