Mark Jackson net worth: Mark Jackson is an American former professional basketball player and coach who has a net worth of $6 million. Mark Jackson was born in Brooklyn, New York in April 1965. He was a 6'1″ point guard who played for Bishop Loughlin Memorial High School. Jackson played his college basketball at St. 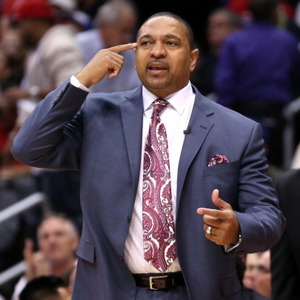