Louis van Gaal net worth and salary: Louis van Gaal is a Dutch football manager who has a net worth of $16 million dollars. Born in Amsterdam, Netherlands on August 8, 1951, Van Gaal is widely recognized for currently managing the Dutch national team. His full name is Aloysius Paulus Maria van Gaal, and he previously played as a midfielder for teams including Ajax, Royal Antwerp, Telstar, Sparta Rotterdam, and AZ.

His youth career belonged to RKSV de Meer. He played from 1972 until 1987 and began managing in 1986 as an assistant to AZ and Ajax in 1988. He started managing Ajax officially in 1991 until 1997. He managed Barcelona beginning in 1997, followed by Netherlands in 2000, Barcelona again in 2002, AZ in 2005, Bayern Munich in 2009, and Netherlands again starting in 2012. In May 2014 Van Gaal signed a contract as the new manager for Manchester United, which will take effect after the 2014 World Cup and will span three years. He is currently married to his wife, Truus, and has two children with his former wife by the names of Brenda and Renate. 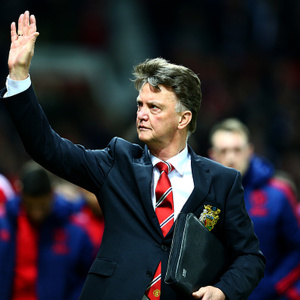