What is Kirby Smart's net worth and salary?

Kirby Paul Smart was born in Montgomery, Alabama on December 23, 1975. He grew up in Bainbridge, Georgia. He went to Bainbridge High School before going on to play college football at the University of Georgia. He played defensive back for the Bulldogs from 1995 to 1998.

In 2006 he served as an assistant coach for the NFL's Miami Dolphins. In 2007, Kirby Smart returned to the college ranks following Nick Saban to Alabama where he became assistant head coach and defensive backs coach. From 2008 to 2015 he served as the team's defensive coordinator. The duo won National Championships in 2009, 2011, 2012 and 2015. 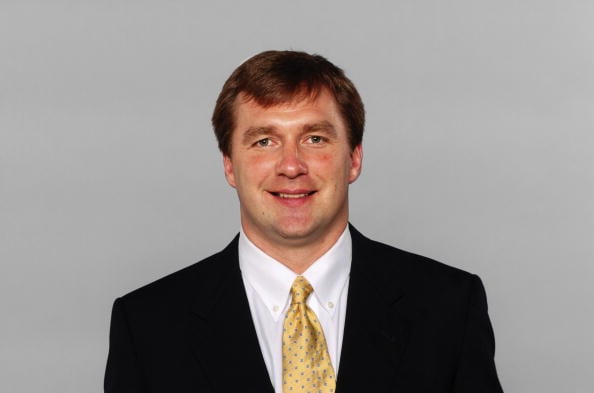 Smart then became the head coach at Georgia in 2016. In 2017 he was named SEC Coach of the Year after leading the team to its first SEC title since 2005. The Bulldogs would make it to the National Championship game but lose to Alabama 26-23. The 2018 and 2019 seasons both ended with 11-1 regular season records and SEC titles. The 2020 season was shortened due to the COVID-19 pandemic, and the team ended the regular season at 7-2 for second place in the SEC East.

In 2021, the Georgia Bulldogs would win the National Championship over Alabama, the school's first such title since 1980. After finishing the regular season at 12-0, the Bulldogs lost to Alabama in the SEC Championship game 41-24. Now ranked #3 in the country, Georgia would take on the Michigan Wolverines in the College Football Playoff semifinal game at the Orange Bowl and beat them 34–11 to move on to the rematch against Saban's Crimson Tide.

In July 2022, Kirby signed a 10-year $112.5 million contract with the Georgia Bulldogs. This contract, which pays an average annual salary of $11.25 million, made Kirby the highest paid college football coach in history, up to that point.