Sumlin's college coaching career began as a graduate assistant in 1988 with Washington State. He soon assumed the role of wide receivers coach at Wyoming and later Minnesota before he transitioned to the Golden Gophers' quarterbacks coach. He returned to his alma mater to coach wide receivers from 1998 until 2000 before he landed the role of offensive coordinator and assistant head coach at Texas A&M in 2001. Sumlin left A&M in 2003 to coach special teams and tight ends at Oklahoma. In 2006, he was promoted to the Sooners' co-offensive coordinator position and worked with the team's wide receivers. He landed his first head coaching gig with Houston in 2008, a job he held until 2011 when Texas A&M hired him to take over as their football program's head coach. Midway through the 2014 season, Sumlin has a 62-27 win-loss record as a head coach. He is 3-1 in bowl games and won Conference USA Coach of the Year honors in 2009 and 2011, and SEC Coach of the Year honors in 2012. 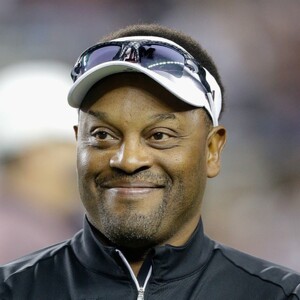