Ken Whisenhunt Net Worth and salary: Ken Whisenhunt is an American professional football coach and former professional football player who has a net worth of $11 million and annual salary of $4 million. Ken Whisenhunt was born in Augusta, Georgia in February 1962. As a tight end Whisenhunt played at Georgia Tech and was drafted in the 12th round of the 1985 NFL Draft by the Atlanta Falcons where he played from 1985 to 1988. He then played for the Washington Redskins from 1989 to 1990 and the New York jets from 1991 to 1992. His first coaching job came at Vanderbilt University as special teams, tight ends, and h-backs coach from 1995 to 1996. Whisenhunt became tight ends coach of the NFL's Baltimore Ravens from 1997 to 1998 and then was tight ends coach for the Cleveland Browns in 1999. He served as special teams coach for the New York Jets in 2000 and became tight ends coach of the Pittsburgh Steelers from 2001 to 2003 before becoming Pittsburgh's offensive coordinator from 2004 to 2006. Whisenhunt got his first head coaching job for the Arizona Cardinals from 2007 to 2012. In 2013 he was the offensive coordinator for the San Diego Chargers before getting another head coaching job with the Tennessee Titans in 2014. He won a Super Bowl Championship with the Steelers in 2006 and has also won an NFC Championship as head coach of the Cardinals in 2008. 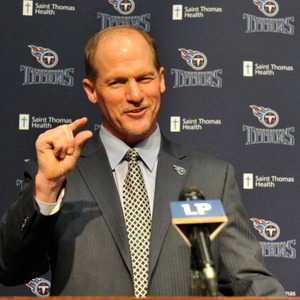