Thompson started as an assistant coach at Princeton from 1995 to 2000. He became the head coach of Princeton in 2000 and coached the team until 2004. In 2004 Thompson was hired to be the head coach at Georgetown University. During his coaching career he won the Big East Tournament Championship in 2007 and the Big East Regular Season Championship in 2007, 2008, and 2013. Thompson also won the Ivy League Regular Season in 2001, 2002, and 2004. He coached for Georgetown until 2017. He was then hired as the assistant coach for the US men's national team. He was replaced at Georgetown by Patrick Ewing. 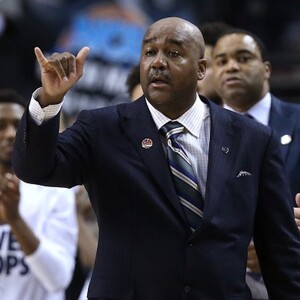