John Fox net worth and salary: John Fox is an American football coach who has an net worth of $13 million and annual salary of $5 million. John Fox is most famous today for being the coach of the Denver Broncos professional football team. Fox was born in Virginia Beach, Virginia in 1955 and moved to San Diego when he was 15.

He played high school football at Castle Park High School and college ball at Southwestern College in Chula Vista, California from 1974-75 before transferring to San Diego State where he played defensive back alongside future NFL player and head coach Herman Edwards. As a former defensive back, Fox is considered to be a defensive minded coach, but as coach of the Broncos, he's presided over one of the most prolific offenses in the NFL. He started his coaching career at San Diego State before going on to coach at Boise State, Long Beach State, and the Universities of Utah, Kansas, Iowa State, and Pittsburgh. In the NFL, John Fox has been the defensive backs coach for the Pittsburgh Steelers and San Diego Chargers, the defensive coordinator for the Los Angeles Raiders and New York Giants, personnel consultant for the St. Louis Rams, and head coach of the Carolina Panthers and Denver Broncos. Jon Fox was the head coach of the 2003 NFC Champions and the 2013 AFC Champions. 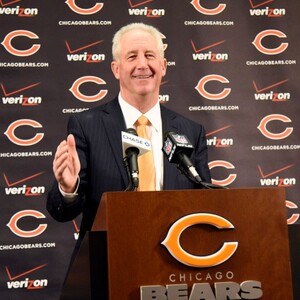