What was Joe Paterno's Net Worth and Salary?

Joe Paterno was an American college football coach for the Penn State Nittany Lions. Joe Paterno hahad a net worth of $10 million at the time of his death in 2012. As the head football coach at Pennsylvania State University from 1966 to 2011, he recorded 409 wins, the most of any coach in the history of NCAA football. Paterno was ultimately fired during the Penn State child sexual abuse scandal, when it was determined that he had concealed information relating to the predatory behavior of his colleague Jerry Sandusky. On January 22nd, 2012 Joe Paterno died from lung cancer at the age of 85.

According to the Pennsylvania State Employee Retirement System, thanks to his 60 years of service to the University Paterno was entitled to 100% of the average of his three highest salary years which was equal to roughly $550,000 per year for the rest of his life. At the peak of his coaching career Joe Paterno earned an annual salary of $568,000. During his career Joe also earned millions from various endorsement deals.

Joe Paterno was born on December 21, 1926 in Brooklyn, New York to law clerk Angelo and homemaker Florence. As a youth, he went to Brooklyn Preparatory School, from which he graduated in 1944. Paterno was subsequently drafted into the US Army, where he spent a year before being discharged. He went on to enroll at Brown University. At Brown, Paterno played with the Bears football team as a quarterback, and then as a cornerback. He graduated in 1950 with a degree in English literature.

Paterno planned to attend Boston University School of Law before he decided to become a football coach at Pennsylvania State University. In 1950, he became an assistant coach to Rip Engle; later, in 1964, he was promoted to associate coach. Two years after that, Paterno became the head coach when Engle retired. He went on to lead the Penn State Nittany Lions to consecutive undefeated seasons in 1968 and 1969, with the team winning the Orange Bowl in both. Paterno had another undefeated season and Orange Bowl victory in 1973. Also during his tenure, the Nittany Lions won multiple Cotton, Fiesta, Citrus, Outback, and Alamo Bowls. The team also claimed the Liberty Bowl, Sugar Bowl, Aloha Bowl, Holiday Bowl, and Rose Bowl. Beyond his bowl wins, Paterno led the Nittany Lions to two national championships in 1982 and 1986. Following Penn State's entry into the Big Ten Conference in 1993, Paterno led the Nittany Lions to three Big Ten championship titles. Overall, with his 409 wins during his tenure, Paterno has the distinction of being the most victorious coach in NCAA football history. 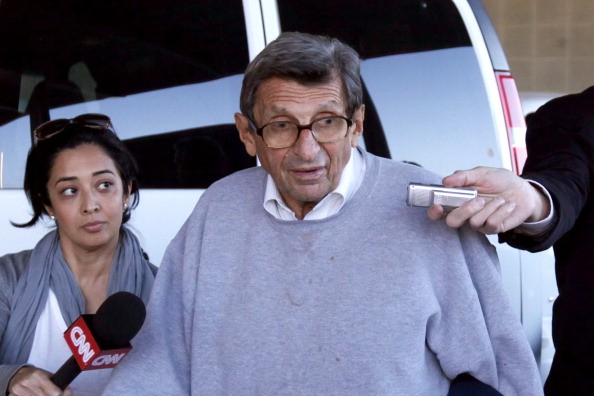 In late 2011, Paterno abruptly lost his coaching job when he was implicated in the Penn State child sexual abuse scandal. The scandal centered on his former defensive coordinator Jerry Sandusky, who was arrested on 52 counts of child sexual abuse occurring over a span of 15 years. Although Paterno had reported Sandusky's abuse to his supervisor, it was felt that he had not done enough to stop his crimes. Amidst the brouhaha, Paterno chose to retire; however, before he could do so, Penn State's Board of Trustees immediately terminated his contract.

Following Paterno's passing, an independent investigation determined that he and a number of others had deliberately concealed Sandusky's crimes. Moreover, it was reported that Paterno and others had encouraged Sandusky to bring potential victims to the Penn State campus by permitting him unrestricted access to school facilities.

Many consequences came in the wake of the scandal. At Nike's headquarters in Beaverton, Oregon, Paterno's name was removed from the Joe Paterno Child Development Center. A little later, the Joe Paterno statue outside Penn State's Beaver Stadium was removed. Additionally, the NCAA fined Penn State $60 million, banned the Nittany Lions from postseason play for four years, and vacated all of the team's 112 wins between 1998 and 2011. Following many criticisms of these punishments and the preceding independent investigation – an investigation the Penn State Board of Trustees said ultimately amounted to "speculation" – the Nittany Lions' wins were restored in 2015.

Beyond football, Paterno was well known for his many charitable contributions to Penn State's academic programs. Along with his wife, he donated more than $4 million to various departments and colleges within the university, and helped to raise more than $13.5 million for the expansion of Pattee Library, later renamed Paterno Library.

In 1962, Paterno wed Penn State graduate Suzanne Pohland, whom he had met when he was serving as an assistant coach at the school. Together, they had five children: Joseph, Diana, Mary Kay, Scott, and David, all of whom graduated from Penn State. Joseph, better known as Jay, served as the quarterbacks coach at the school for 12 years. Scott, a lawyer, ran as a Republican candidate for Pennsylvania's 17th congressional district in 2004.

Paterno suffered from a number of injuries and ailments later in his life. In 2006, he fractured his shin and damaged his knee when he was involved in a sideline collision during a football game. A couple of years later, Paterno sprained his leg and had to undergo hip replacement surgery. In 2011, he suffered another injury when he collided with a player during practice; later that year, he was diagnosed with lung cancer. Paterno passed away from complications relating to his treatment in January of 2012. He was 85 years of age. 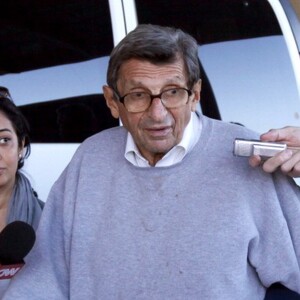