Joe Maddon net worth and salary: Joe Maddon is an American professional baseball manager who has a net worth of $12 million. Joe Maddon was born in Hazleton, Pennsylvania in February 1954. He played baseball and football at Lafayette College. In 1975 Maddon signed with the Angels and was a minor league catcher, never advancing past A ball.

He stayed with the Angels and worked as a minor league manager, scout, roving minor league hitting instructor, and coach. Maddon served as a coach for the California/Anaheim/Los Angeles Angels of Anaheim from 1993 to 2005. He served as the team's interim manager in 1996 and 1999. As a coach for the Angels Maddon won a World Series Championship in 2002. He became the manager of the Tampa Bay Devil Rays/Tampa Bay Rays in 2006 and managed there until 2014. During this time he was named American League Manager of the Year in both 2008 and 2011. In October 2014 Maddon opted out of his contract and became the new manager of the Chicago Cubs. Through the 2014 season Maddon managed 1,510 games and has posted a record of 781 – 729. 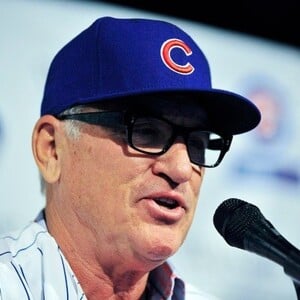